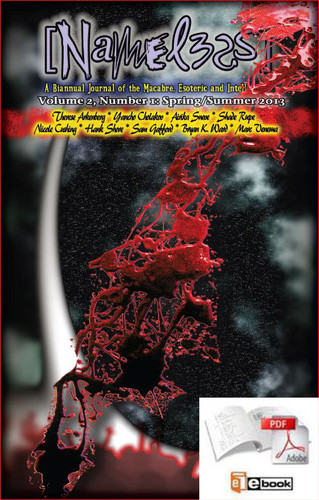 + Yancho Cholakov (Translated by Kalin M. Nenov) – "Asked the Soldier, "Who Called Me?""

+ David Agranoff -- "The Classroom: A Vignette"

Final Overview NAMELESS Issue 3! (05:10)
The third full-color issue of the digest. Over 200 pages! Perfect bound and full of great art, nonfiction, poetry, fiction, and more. Hank Shore, Nicole Cushing, S. T. Joshi, Shade Rupe, reviews! Pick it up in E-book or physical copies at our store, or on Amazon! http://www.jasunnistore.com/nameless